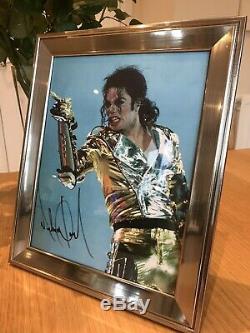 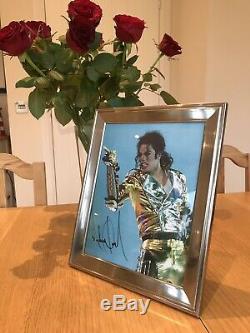 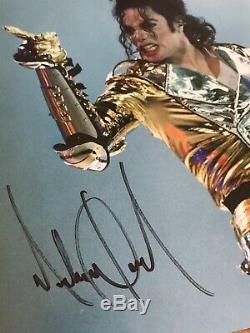 Michael Jackson Signed Picture 100% Genuine Collectable. Signature can be seen from the back of the picture (this is not a print of Michaels Signature, this is his own hand signed autograph). Placed in a guilted silver frame for display which compliments the hand signed photograph. I bought this 10 years ago when Michael sadly passed away and have kept it in a box and never on display. So its as immaculate as the day I bought it.