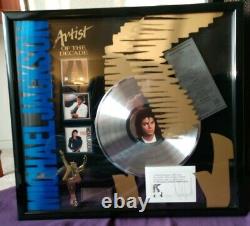 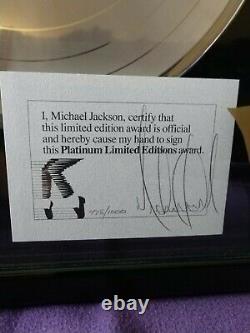 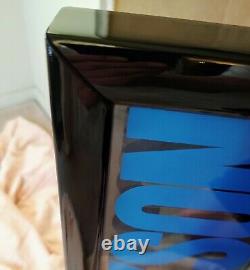 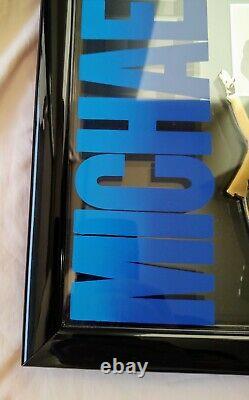 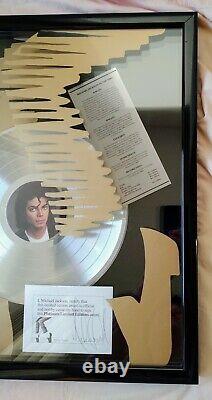 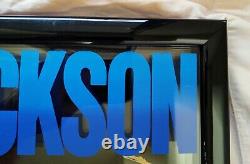 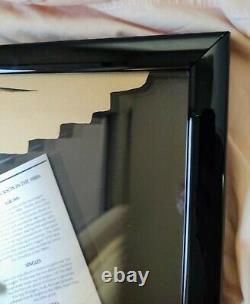 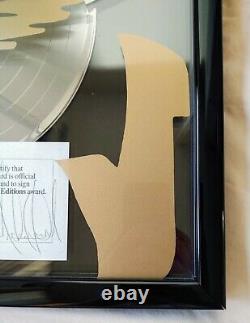 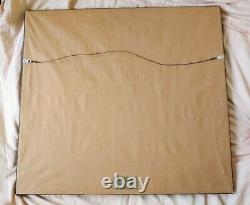 Super RARE - MICHAEL JACKSON - HAND Signed "Artist of The Decade" Platinum Record Award (23 X 25 1/2) NEVER Displayed-Kept in Temperature Controlled STORAGE Unit! Non RIAA LIMITED Edition #478 of ONLY 1000 in the entire World! Over the entire award itself there is a large gold "tippy toes" logo. Inside contains 11 1/2" silver platinum award with "Plaid Jacket inset. The left pictures three LP covers: Off The Wall ("Legs"), Thriller, and BAD, with a 6 1/2" gold "Smooth Criminal pose MJ figure below them.

The right has a silver plaque that reads (in part): MJ In The 1980's: Albums... On the bottom left there is an autographed certificate reading "'I, Michael Jackson, certify that this limited edition award is official and hereby cause my hand to sign this Platinum Limited Editions award' #478/1000" (From mjcollectables. Com) Description : A limited edition Michael Jackson Artist of the Decade display produced by Platinum Limited Editions and numbered 44/1000. A plaque lists Jackson's many accomplishments as a solo artist in the 1980.

Also present is a statement signed by Jackson stating that the item is authentic. 23 by 25 1/2 inches. All pictures and screen captures are the property of their respective owners. The item "MICHAEL JACKSON Signed Artist Of The Decade MJ Platinum Record Award Non-RIAA" is in sale since Thursday, July 1, 2021. This item is in the category "Entertainment Memorabilia\Music Memorabilia\Rock & Pop\Artists J\Jackson, Michael\Other Michael Jackson Mem". The seller is "coolstuffmuse" and is located in Los Angeles, California. This item can be shipped worldwide.