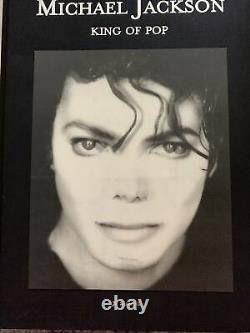 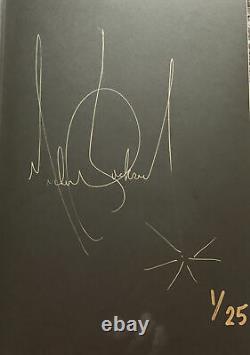 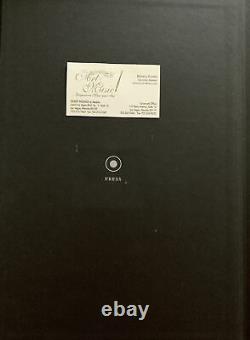 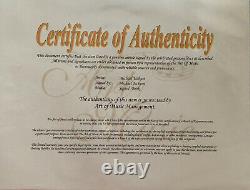 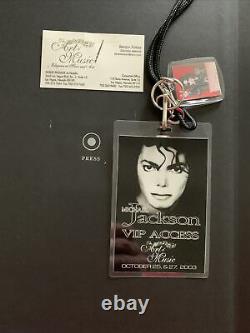 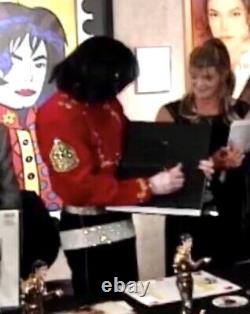 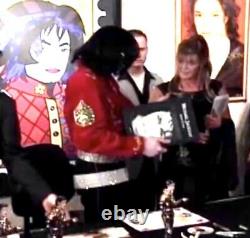 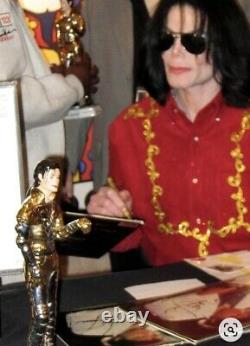 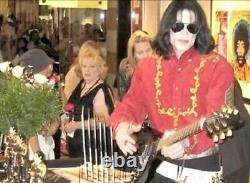 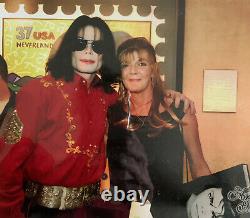 Michael Jackson Hand Signed Book - The Only One Signed. Even has his fingerprints on the page he signed. This book was signed at the Art of Music store in Las Vegas on October 27, 2003. This was hand sign in front of me and is the only known book signed of this type. It is number 1 of 25.

It has been wrapped in bubble wrap and in the same Art of Music bag I brought it home in. It was meant to play Michaels voice if you press the button however none of the books worked for Germany, America, Japan, etc. I have spoken with numerous collectors who have this book in several countries but none with Michaels autograph.

THIS IS AN ITEM FOR ONLY THE MOST SERIOUS FAN OR COLLECTOR. SEE MICHAEL'S FINGERPRINTS ON THE PAGE HE SIGNED, THREE FINGERS!! During this event, sadly Michael learned of the second allegations against him and walked out in the middle of the event. Michael did no further signing as he was preparing for the trial of a lifetime. This is my most difficult item to part with by far.

I asked him to please sign this with your star signature you used to sign when you were always happy. I realized afterward that I actually told him what to do and felt a bit embarrassed. However, a friend from another country sent me a picture of Michael watching me walk away and he was smiling. I can only believe he was amused that I had told him how to sign his own name. This is the absolute most difficult item for me to let go of because of the story and knowing it is one of a kind.

Please feel free to ask any questions. These will also vary depending on where the merchandise will be mailed. The item "Michael Jackson Hand Signed Book-COA-Only One Signed (Read Entire Description)" is in sale since Wednesday, December 30, 2020. This item is in the category "Entertainment Memorabilia\Music Memorabilia\Rock & Pop\Artists J\Jackson, Michael\Other Michael Jackson Mem". The seller is "darkchild-07" and is located in Katy, Texas.