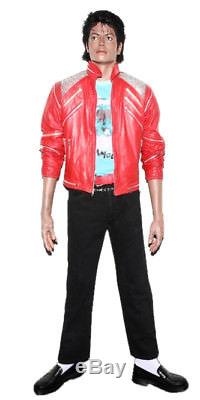 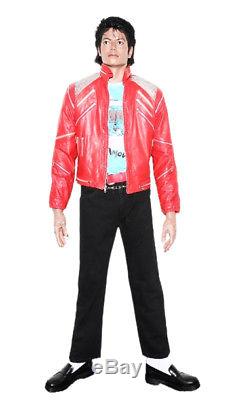 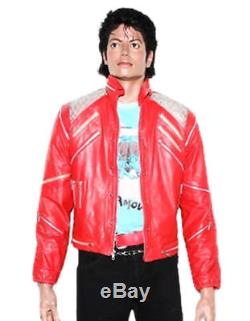 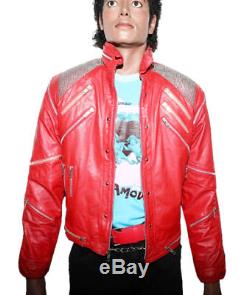 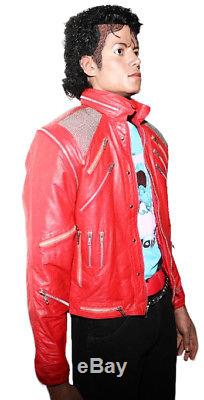 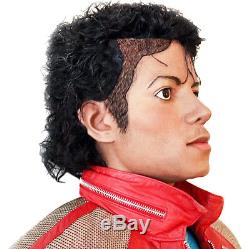 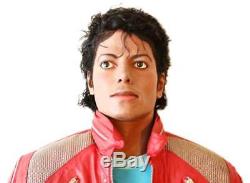 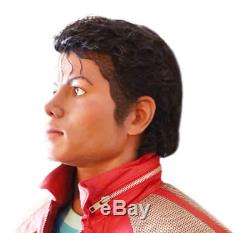 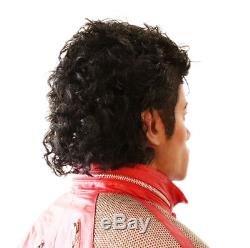 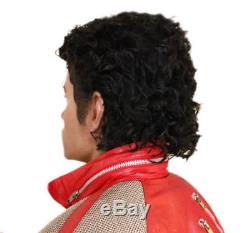 UP FOR SALE FROM MY AMAZING MJ COLLECTION! Michael Jackson Life-Size "Beat It" Statue - This incredible piece is a life-size statue of the King of Pop, Michael Jackson.

This statue depicts Michael from the "Beat It" video, and one of the most impressive features of this work of art is the implementation of the authentic outfit just as it appeared on screen. This includes the classic red jacket and pants along with shirt, socks, and penny loafers all of which are vintage. This is a beautiful, Hollywood-quality statue from one of the King's most iconic songs. "Beat It" was the third single from Michael Jackson's sixth album, "Thriller". The song is notable for its famous video, which featured Jackson bringing two gangs together through the power of music and dance, and for Eddie Van Halen's guitar solo.

The song received the 1984 Grammy Awards for Record of the Year and Best Male Rock Vocal Performance, as well as two American Music Awards. It was inducted into the Music Video Producers Hall of Fame. IF YOU HAVE SOMETHING FOR SALE DO NOT HESITATE TO CONTACT ME! With one of the worlds biggest collections with Michael Jackson memorabilia.. I have over 4000 items.