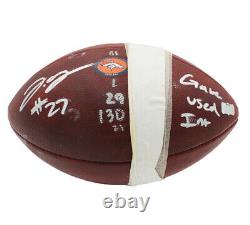 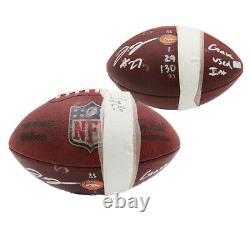 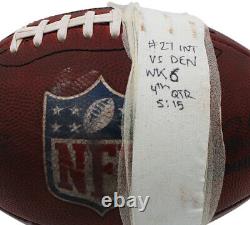 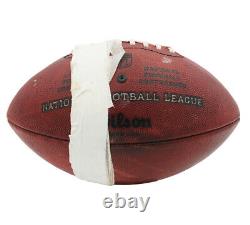 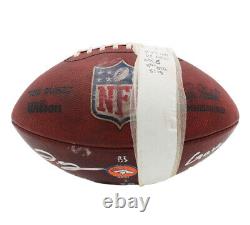 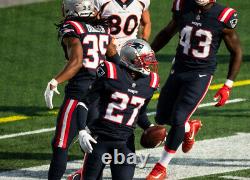 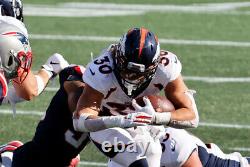 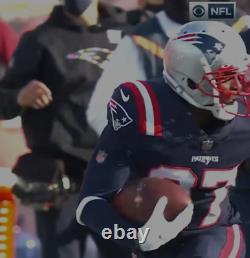 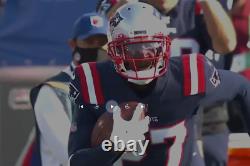 This ball was thrown by Drew Lock and was intercepted by star defensive player J. Jackson (New England Patriots) in the 4th Quarter. Details of the play were taped to the ball.

The Broncos Emblem can be seen along with the official marks of the NFL Officials who inspected the ball. Additional markings appear to indicate that this ball was also used in up to 3 other games! BALL IS PHOTO MATCHED TO THIS PLAY AS WELL AS OTHERS FROM THE GAME!